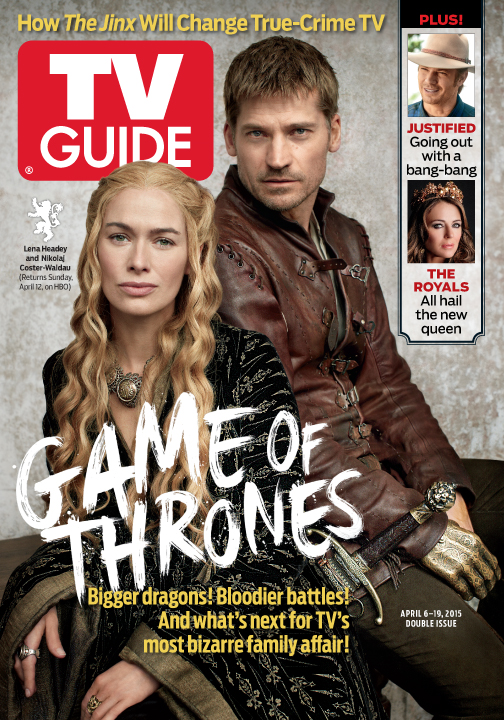 The death of powerful patriarch Tywin Lannister (Charles Dance) is no laughing matter. But on the Belfast set of Game of Thrones, while shooting a scene in which the ruthless former Hand of the King lies in state, actors Nikolaj Coster-Waldau and Lena Headey—who play his incestuous twin offspring, Jaime and Cersei—are having trouble suppressing giggles.

“They thought it would be really funny to make him laugh, but he’s a fully committed corpse,” says executive producer David Benioff. Kidding around on set is therapeutic: It keeps the cast from getting weighed down by the show’s unrelenting bleakness. But it’s this can’t-look-away mix of heartbreak, family drama, and, of course, gruesome deaths that has earned the fantasy series, based on George R.R. Martin’s bestselling novels, millions of fans worldwide. One of them: the queen of England, who toured the Belfast set last year. “I told her the iron throne was uncomfortable!” Headey says. “It’s slightly terrifying and intimidating to be in the presence of the queen. Then you realize she’s very cool.”

The struggle for that seat of power gets even nastier in Season 5, with more action and elaborate special effects that go well beyond what the show has ever attempted (one sequence alone took 17 days to shoot). And guess what, fans of the novels? Even you won’t know what’s coming next. “We’re not working off the books anymore,” Benioff says, “but off of conversations with George. We’re now adapting the overarching story.”

No matter what direction the drama takes, one thing is for sure: There will be a helluva body count. At the end of Season 4, Tywin sentenced his son Tyrion (Peter Dinklage, who won an Emmy in 2011 for the role) to death for poisoning sadistic teen king Joffrey (Jack Gleeson)—one of Cersei and Jaime’s three illegitimate children, whom they’ve passed off as heirs to her dead husband, King Robert Baratheon (Mark Addy). The innocent Tyrion escaped, thanks to Jaime, and headed directly to Tywin’s chamber, where he promptly slew dear old dad—who was on the loo at the time—then bolted, leaving Cersei screaming for Tyrion’s head.

“Had Jaime known his brother was going to kill Tywin, he wouldn’t have let him go,” Coster-Waldau says. “Apart from the fact that he was their father, Tywin kept enemies from getting any funny ideas. Now it’s dangerous, and Cersei’s not happy with Jaime. They could use some couples therapy.”

Even daily sessions with Dr. Phil couldn’t help this twisted pair, whose twincest set off a chain reaction in Season 1 when young Bran Stark (Isaac Hempstead-Wright), the son of the noble family that the Lannisters have all but destroyed, accidentally stumbled onto the couple having sex. Jaime pushed the child out a window to keep him quiet, paralyzing him. And it’s been war, literally, ever since.

The endless conflict has toughened Cersei and battered Jaime. Once the kingdom’s greatest knight, fiercest fighter, and biggest egomaniac, he’s grown more reflective after being taken prisoner and having his sword hand cruelly chopped off. Worse, Cersei hasn’t been faithful. “Cersei’s always steering. Jaime’s purer in his love,” Headey says. “Last season, they slowly regained their passion. But now they’re in the worst place they’ve been in their relationship in terms of trust.”

“Jaime’s responsible for Tywin’s death, so [in his eyes] he’s also responsible for Cersei’s pain,” Coster-Waldau says. “He feels he has to prove something to Cersei—as well as to himself. He wants to do the right thing.” For that to happen, he must embark on a risky secret mission to retrieve their teenage daughter, Myrcella (Nell Tiger Free).

Dorne: A New Land and New Dangers for Jaime Lannister
Soon after Season 5 begins, Jaime is en route to the region of Dorne accompanied by mercenary-turned-knight Bronn (Jerome Flynn), who calls their destination a place people visit only for sex and sword fighting.

To capture this sunny land of anything goes, producers headed to Spain for the first time. (They also shot in Ireland and Croatia.) Standing in for Dorne’s castle and water gardens was Seville’s royal palace of Alcázar, where the show was given access to areas previously off limits. (The series is so popular in Spain that producers received 86,000 applications for 600 jobs as extras.)

Filming in the elaborate Moorish-style palace helped Coster-Waldau fully immerse himself in his character’s journey. “There’s a richness to being in a place instead of using CGI,” he says. “You feel the history.” Jaime will also feel the wrath of Ellaria Sand (Indira Varma). She blames the Lannisters for the murder of her lover, Oberyn Martell (Pedro Pascal), who was killed during an eye-popping duel in King’s Landing last season. Hell-bent on vengeance, she is willing to fight to the death with help from Oberyn’s warrior daughters, the Sand Snakes: Obara (Keisha Castle-Hughes), Nymeria (Jessica Henwick), and Tyene (Rosabell Laurenti Sellers). But Jaime has a new trick up his sleeve. “Instead of looking at his golden hand as a hindrance, he starts to see it as a weapon,” Coster-Waldau says.

King’s Landing: Cersei Struggles
With Jaime away, the always-conniving Cersei maneuvers to stay in power in King’s Landing after her young son Tommen (Dean-Charles Chapman) is crowned and promised to Joffrey’s ex Margaery Tyrell (Natalie Dormer). “This season has been the most exciting for me in terms of acting,” Headey says. “It’s the start of everything falling away from Cersei. Her belief in her own competence, strength, and ability to fool everybody and play the game bites her in the ass. She makes questionable choices, believing it will add to her status and control.”

One choice is to ally with a new character, the High Sparrow (Jonathan Pryce), a man of faith. “Their relationship is important,” Benioff says, “because Cersei realizes she can use him and religion for her own purposes.”

As the season progresses, Cersei takes on a shocking new appearance. “It was a great change from looking polished,” Headey says. “The latter half of the season is tough. Cersei’s broken down by the end.”

The Wall: Can Jon Snow Protect the Kingdom and Himself?
Jon Snow (Kit Harington), Ned Stark’s noble bastard son—who led the meager Night’s Watch forces to defend the Wall from hordes of Wildlings in a spectacular Season 4 battle that killed the love of his life, Ygritte (Rose Leslie)—must delve into politics, which can prove deadlier than fighting axe-wielding giants. “Ned disliked politics but was drawn into it,” Benioff says. “That’s what happens to Jon this season.”

His biggest political move: deciding whether he will side with Wildling King Beyond the Wall Mance Rayder (Ciarán Hinds) or Stannis Baratheon (Stephen Dillane), who considers himself the true king of Westeros. Stannis arrived at the Wall with his massive army last season and took Mance prisoner. “Jon’s come to respect the Wildlings and likes Mance,” Benioff says. “That complicates things.”

So it’s a good thing Jon is finally taking charge. “He doesn’t want to be ordered around,” Harington says. “He starts making decisions and doing things his way.” Adds executive producer D.B. Weiss, “Question of the day: How do you do all this without getting your head chopped off?”

Jon will have to remain extra sharp as he marches into battle again at a village called Hardhome. The skirmish was the season’s most grueling shoot for Harington, with 13-hour workdays and tricky fight choreography. “The stunt work this year was quite daunting and intricate,” Harington says. “I had to step aside a few more times [than usual] for stunt doubles. It was dangerous.”

The sequence’s special effects didn’t come cheap. Game of Thrones reportedly cost at least $8 million per episode this season—money well spent, according to Michael Lombardo, HBO’s president of programming. “The needs of the storytelling drive the budget,” he says. “This show opened my eyes to what quality TV needs to look like. I’m not a genre or sci-fi geek, but I’m a geek for great writing.”

The Vale: Sansa Goes to the Dark Side
The writing takes a daring turn this year when the tale of Jon’s half sister, Sansa Stark (Sophie Turner), goes beyond what happens in Martin’s books. Last season, the once-timid girl, who had been married off to Tyrion, escaped King’s Landing with the help of Westeros’s own Frank Underwood, political operator Petyr Baelish, aka Littlefinger (Aidan Gillen). The unlikely duo took refuge in her Aunt Lysa’s (Kate Dickie) home in the Vale of Arryn. Along the way, Sansa learned Littlefinger had helped orchestrate Joffrey’s death. Her middle-aged guardian planted a creepy kiss on her and later killed Lysa to save Sansa’s life. By the season finale, Sansa had transformed into a raven-haired, black-clad strategist prepared to play the game and help Littlefinger in his master plan to control the kingdom.

“She’s been an observer of tragedy her whole life,” Weiss says. “Everything she’s seen has been a horrible, teachable moment. And now she’s ready to unleash what she’s learned.”

Essos: Across the Sea, Strangers Meet
At the end of Season 4, both Sansa’s sister Arya (Maisie Williams) and Tyrion were sailing east across the sea. “They are on separate journeys,” Benioff says. “But these storylines start to converge.”

They are traveling to Essos, a sprawling continent that includes the Free Cities and Slaver’s Bay, where mother of dragons Daenerys Targaryen (Emilia Clarke) has recently abolished slavery and struggles to control the city of Meereen.

Arya, still determined to avenge the Stark family, arrives in the free city of Braavos. There, the tough teen gets a new look and begins a fresh phase of her education. “The people there are very mysterious and philosophical,” Benioff says. “She learns there are different skills to develop beyond sword fighting,” Weiss adds.

Tyrion arrives in port far less hopeful. Spymaster Varys (Conleth Hill) has smuggled him over the sea in a crate. When Tyrion emerges, “He’s not the wise-cracking, ironically distant cynic he’s been,” Weiss says. “He’s a broken human being.”

That’s understandable, considering he’s murdered not only his father but also his former lover Shae (Sibel Kekilli). “He’s never really going to recover,” Benioff says. “He’s just trying to find something to keep him putting one foot in front of the other.”

Varys attempts to motivate Tyrion by asking him to help in his mission to put a new ruler on the iron throne, someone who will finally bring peace and stability to the kingdom. Varys won’t say exactly who he has in mind, but he makes it clear it’s not a man.

Daenerys may be that woman—but if so, is she ready to rule? “She’s learning,” Clarke says. “She realizes she was naive to think that freeing the slaves would bring happiness all around.”

She’s a fair, revolutionary ruler, and still some of her subjects want her dead, so she must make savvy decisions to stay alive. With her adviser, Ser Jorah (Iain Glen), exiled for spying, “She listens to her own advice—and makes mistakes,” Clarke says. Luckily, she has a supportive, if scaly, family. “The dragons are testing her parenting skills to their limits. But she realizes she can harness their power for the greater good. It may not be good in the moment, but it will be good afterward,” Clarke hints.

Good? On Game of Thrones? Before you get too excited, heed these words from Benioff: “In Season 5, you should be worried about everybody.” 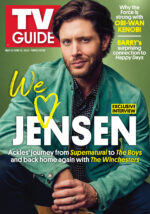 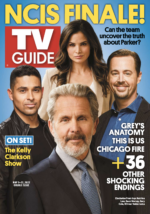 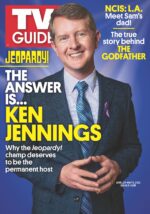 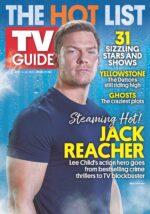